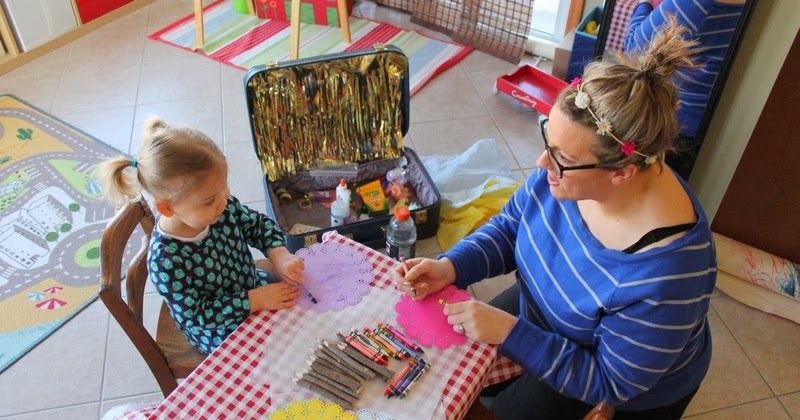 Recently I had a very fun craft date with a little creative cutie-pie named Lorelei. Her mom,
Courtney
, is a friend of mine that I have mentioned many times here.  She has two darling girls but her youngest, Phoebe, is under the age of one so it was just Lorelei and I.  She is a smarty who can spell her own name and chose sausages and grapes as her favorite foods. I may have also encouraged her to choose pizza as well. ( :
I have been interested in doing classes with kids for a while now but wasn't sure exactly how to go about it. As I have very little experience working with children in this arena I have been a bit overwhelmed and intimidated by the notion of trying to put together a class.  Courtney has been so kind to let me work with Lorelei as I learn about what works  and what I should expect.
This project worked so well because it was fairly minimal work but there were several different steps so boredom wouldn't set in too early.  I gave Lorelei prompts and let her draw different things on the doilies.  As she is still in the "scribble phase" of toddlerhood I tried to focus on building up color instead of drawing representational objects.
Next we decorated each doily with glitter or other objects I brought along like tissue paper flowers and feathers. She is so tuned in with colors so it was fun to pick colors to represent her family.
Lorelei was so into it all which made it even more fun!  When we spilled out some beads on the floor she said "We need to take a picture of this!"  I loved how much she loved things.
When we were all finished creating we strung the doilies on some string with beads in between each piece.  Lorelei wanted to place it over a painting she previously did so up on the wall it went while she smiled the cutest smile ever in front of it.
I loved this project and am excited to try it again with a larger group of kids.  It can be very simple or it can be more involved which is nice. What I learned was that I can't be a control freak when working with kids.  The control freak in me wants to make everything be beautiful and perfect but I have to realize that beautiful and perfect means a million billion things. I think the finished results of Lorelei's garland are more beautiful than I could have ever imagined.
I can't wait to work with her again.  I am also feeling confident about putting together my own class.
Do you have any advice for working with kids and making art projects?  I'd love to hear. Shop Gift For Girl And Gift For Boy