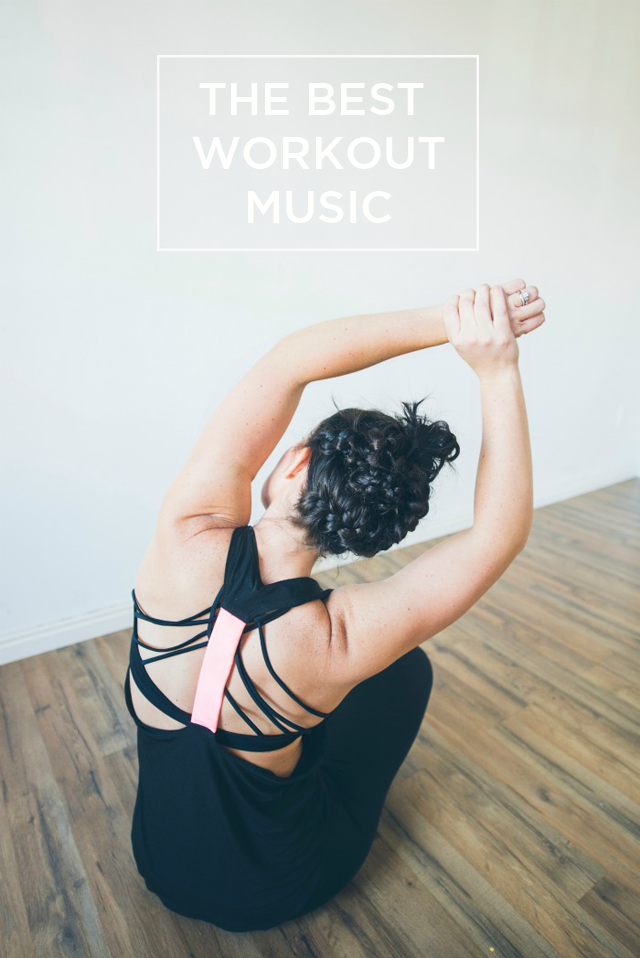 Music is the biggest motivator to get me off my butt and up and moving! Seriously, if it weren't for the J Lo Pandora station, I would be the reigning world champion in the sport of couch potato. I actually just saw a meme today which said, "No matter how slow you go, you are still lapping everyone on the couch." I laughed out loud because A) if I am not running as slow as a tortoise then I can usually be found B) sitting on the couch being lazy. It was applicable to me in both instances. Go figure.
I am finally on Week 12 of the BBG, and I cannot believe I have actually completed it (almost)! Where did the time go? Not only were those three months of becoming more healthy, those were three months of my boys growing up. And here is the part where I get overly sentimental about life. Ack!
Looks like I need some music to cheer me on in all arenas of life. I will spare you my sappy, indie playlists for now. (We'll get to those another day, because I love a good playlist to serenade my general feeling of angst and ennui.) Today is about the opposite—it's the music that gets me amped on life and makes me want to do ninja kicks.
Jennifer Lopez Pandora Station. Yeah, I already spoiled the fun and told you about this in the beginning of this post, but it is like kerosene to my fitness flame. It includes all of the hits from the queen divas, namely Beyonce, Rihanna, Mariah Carey and J Lo. What more do you need in life, honestly? Jenny from the block will PUMP YOU UP!
Spotify Running. I just discovered it this week because I am an idiot and didn't run with my phone until now. BUT IT IS CHANGING MY LIFE. It detects your running tempo, which is how many steps you take per minute, and then it matches up songs with that tempo. Mine is 175 and the music always makes me feel like I am living in the world of Tron. Or that lasers are going to shoot from my limbs as I save the world. Who wouldn't want to feel like that? Is this what ravers feel like? Is raver even a word? Did you know the McCallisters are going to France? Is it cold there? Do these vans get good gas mileage?
Anything And Everything Katy Perry. Her music makes my heart soar. You might even hear me roar. ;) It also makes me want to run along the beach until I collapse into a huge pile of sand and let the waves take me away. Can we talk about the Katy Perry and Taylor Swift feud for a minute? I thought about devoting an entire post to it, but I suppose it has presented itself here and now, so we shall discuss. Here's the thing: I think Taylor Swift is a phony nice girl and knows how to play the part of the "teeheeiloveyouletsbebestfriendsfurrrrevvvvermeow" schtick really well. And I don't think it is genuine. I can't help but side with Katy Perry's tweet awhile ago (which was supposedly directed at Tay-Tay) about watching out for Regina George in sheep's clothing. There, I said it. I feel like the internet gods are going to offer me up as a sacrifice as an example for being a pop culture leper with a statement like that. Doesn't everyone love Taylor Swift? Sure, her music is catchy, but what kind of person throws EVERY SINGLE boyfriend and person who has wronged them under the bus for millions of people all over the world to hear? It's messed up, and definitely not something a legitimate sweet and nice girl would do. ( Taylor Swift is not sweet! She's a scum-sucking road whore, she ruined my life!) Therefore, I am going to say I am team Kitty Purry. You have permission to love me or leave me, but it feels like the right thing to do, guys. Being honest isn't always easy! ;) I still think both of them have fun music for working out, though.
Justin Timberlake. The only time I have ever felt comfortable uttering the term "ride or die" is in regard to my sweet, darling JT. He could go off the bonkers deep end à la his ex-lady friend, B Spears, and I would still be as solid a fan as ever. Two things happen when I listen to any of his music: 1) I belt out the lyrics as loud possible and 2) I feel like doing sprints. Up hill. In the sun. Pushing 100+ pounds of tiny humans in a double stroller. Nobody in their right mind would do that, but those are the bewitching powers of Justin Timberlake's music, I tell you!
There you have it. I basically could have said pop music is my friend when I'm working out, but I like specifics—there is a lot of garbage out there in the pop world. (Like when Lindsay Lohan and Paris Hilton released albums. Yikesabee!)
I hope you find your motivation for being active and fit, and let me know if there are any artists, playlists or stations I need to add to my routine!
Sponsored by Women Fashion Trend 2020