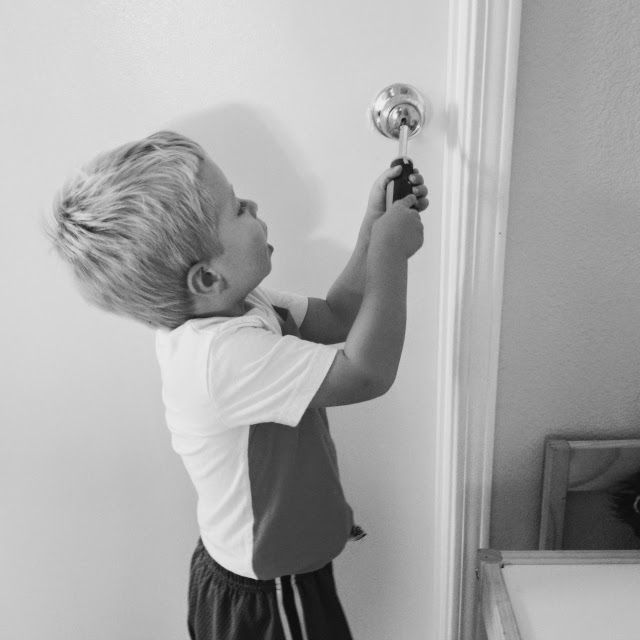 "Mommy, I need my mimis," Luke said as he walked into our office where I was answering emails and paying bills. (Mimis are blankets in our house, FYI.)
"Luke, you are supposed to be in your bed sleeping. What did you do with them?" I replied.
"Dey in mommy's room. I need hewlp."
My sister and her family are in town, so we moved Luke and Wes into our room for the few days they are staying with us. Naturally, I was annoyed that Luke was refusing to take his nap, which also meant Wes was probably still awake as well.
I impatiently walked over to our bedroom door, only to find a doorknob that wouldn't budge. I wriggled it a few times just to be sure it wasn't stuck. Then it dawned on me...
" Dammit! WES IS LOCKED IN!"
Visions of Wes screaming in peril and me unable to get to him flashed through my brain, as well as the mental image of one of us climbing up a huge ladder to our window and shattering it to get in. If you don't already know, I have a tiny flare for the dramatic — juuust a little. ;)
The next logical step was to yell to Matt for help, because he is always more logical and sound in situations like these. I sprinted down the stairs and frantically told him what happened.
"Matt, Luke locked Wes in our bedroom!! How are we going to get him out?!" I was sure it was the end of the world.
Matt simply and calmly replied without taking his eyes off the football game, "Where's the screwdriver?" 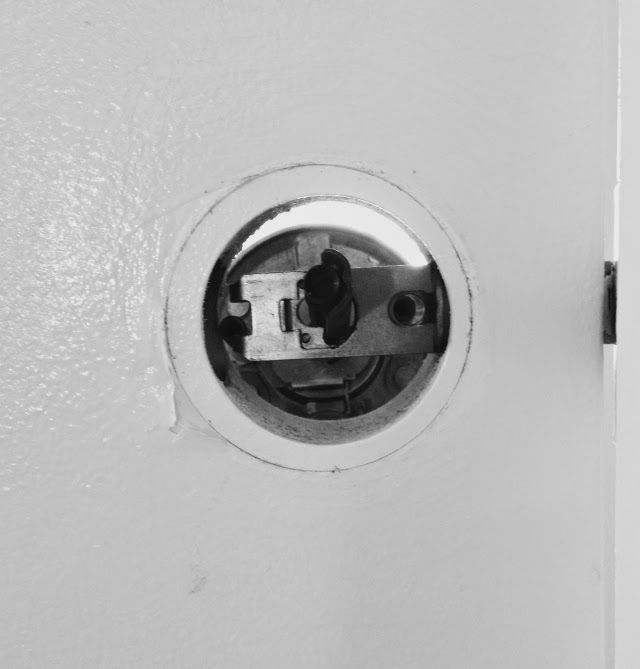 Yes! Of course! The screw driver! Hope was not lost; thanks to a handy appliance, we would be able to rescue our baby from the throes of isolation!
I quickly grabbed it from our tool cabinet and raced back to the door. (Time was of the essence — I had a baby to save!) I've never examined the structure of a doorknob, and I was so happy to see those two screws on the side to easily remove it.
Five minutes later, and both of us having a battle of wits with the lock, we came out victorious and were able to break in.
We found Wes like this... 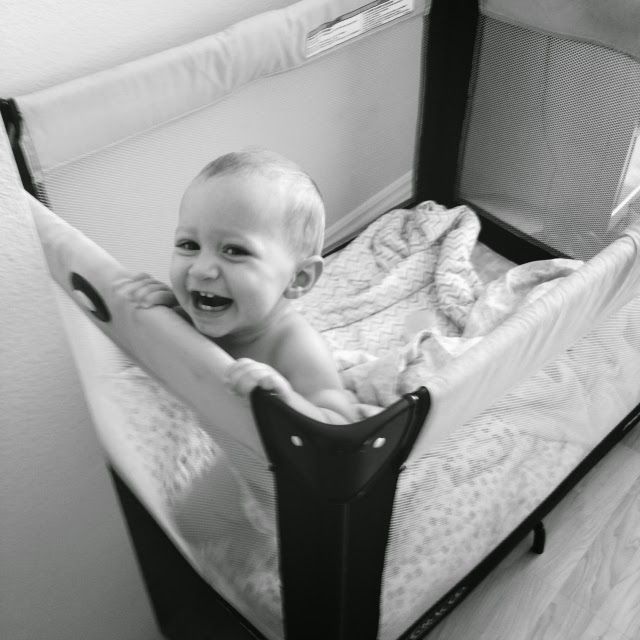 He lives for the thrill! And I was relieved to find he hadn't been traumatized by the experience. (I guess that was only me.)
Never a dull moment around here, I tell you.
Also, here are my suggestions if you have toddlers with curious fingers and twist locks on your doors:
In fact, you should probably do the last one first just to save yourself the headache of having to deal with it, because it can, and most likely will, happen.
Oh, the joys of parenting! May the force be with you.