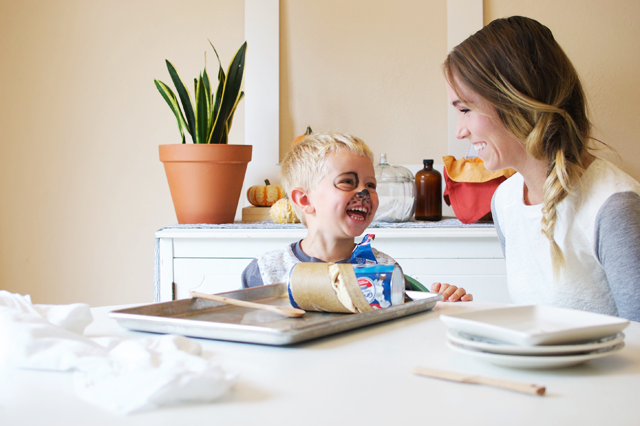 Ever since Luke was old enough to push a chair to the kitchen counter, he has been helping me in the kitchen—two years as my sous chef and apprentice baker! We started with the basics of letting him clank and pound the mixing cups and spoons. His next promotion was to the enviable position of cake batter mixer (even though he was extraordinarily messy and would only power through a couple of stirs before getting distracted.)
He is now fairly skilled in the kitchen and has climbed the ranks to egg cracker, master mixer, and assembly line manager. He gets paid in baked goods and his benefits package includes an annual library membership and 20 hours of Netflix vacation per month. (If you are interested in a position, please inquire within.) 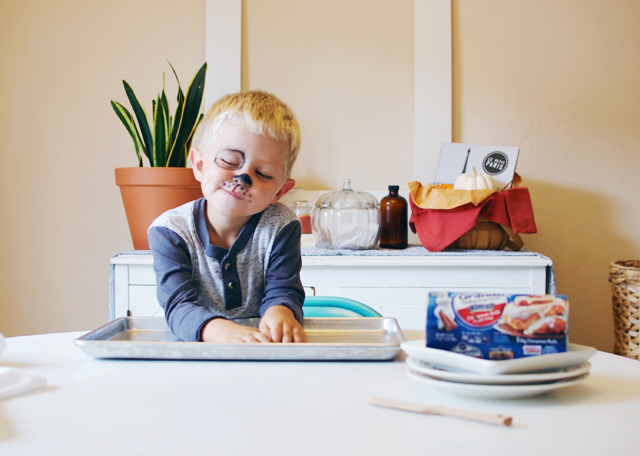 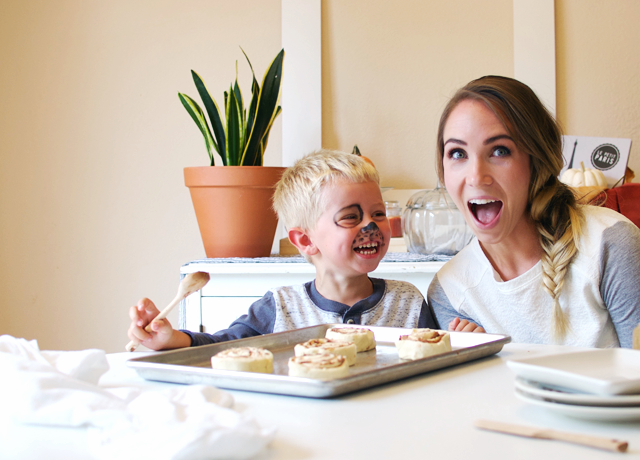 This weekend his job was preparing our Pillsbury™ Grands! Cinnamon Rolls. Luke unrolled the package, took a spoon to the can and made it pop like a champ. (That's always the best part of making Pillsbury goods... POP! He thought it was hilarious.) Since he came dressed as a puppy, I gave him a pay raise of one extra spoonful of icing. (This kid is living large!) We also made bacon and eggs, and threw in some grapes on the side to make it a grand weekend brunch! And grand it certainly was! 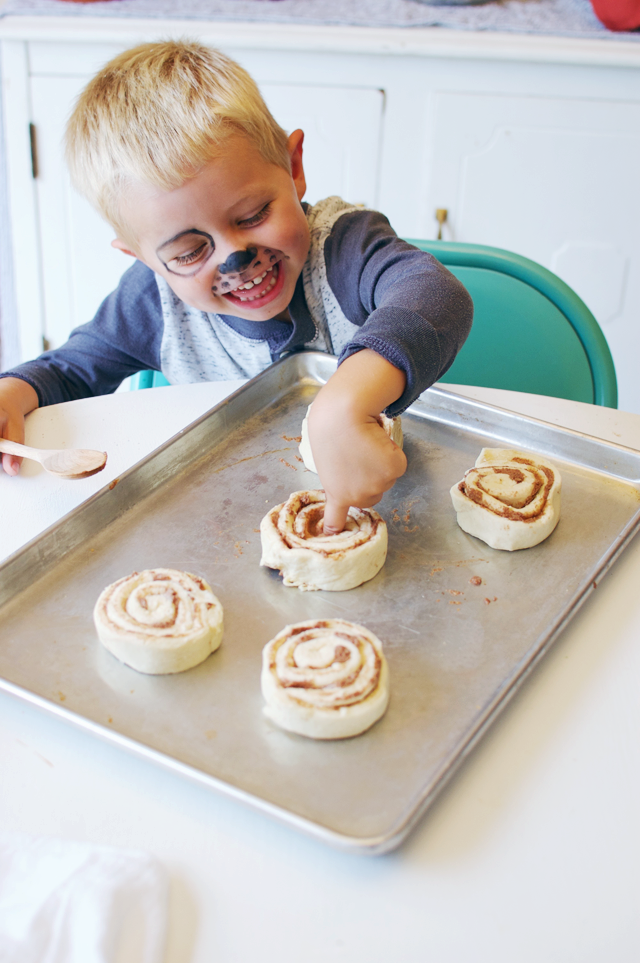 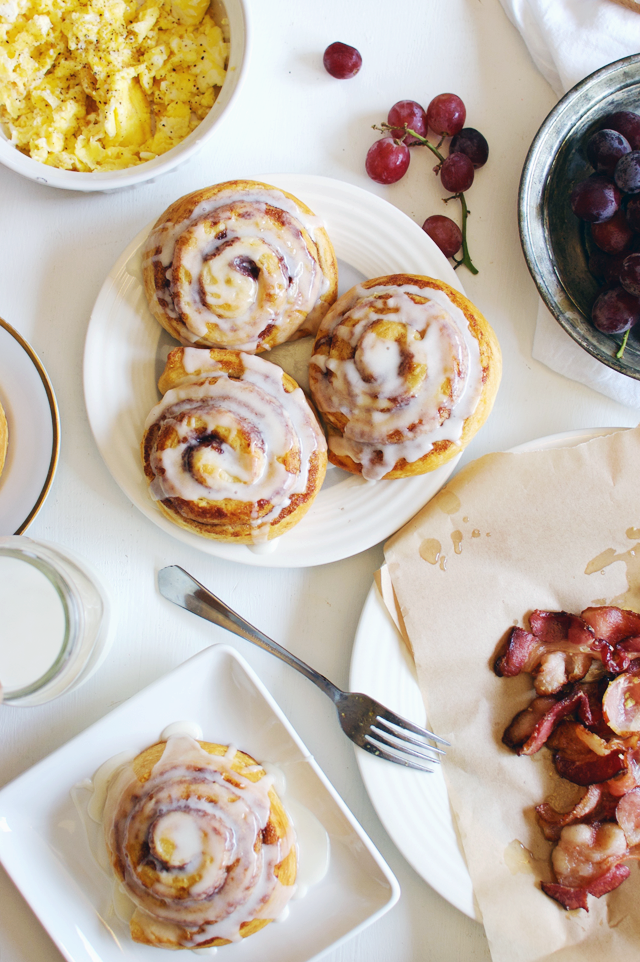 I really do love Luke's curiosity and willingness to help. Even though it makes more of a mess and takes double the time, these are the moments where I am not only bonding with him, but teaching him life skills. He is learning the basics of measuring, working on his counting and numbers when setting the timer, and finessing those fine motor skills by opening containers or drizzling on the icing. 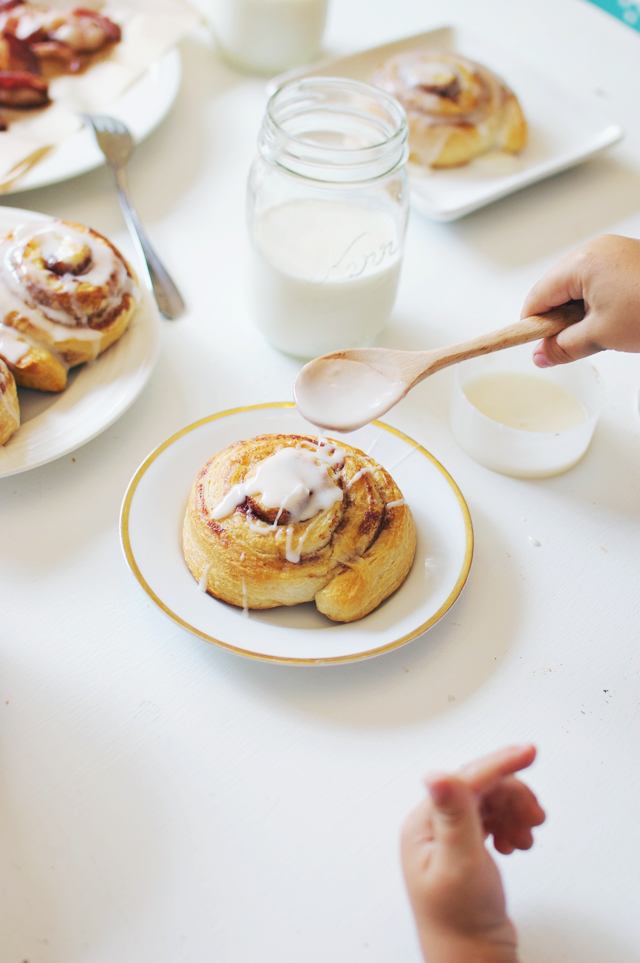 I like to envision him in the future as the kid in his freshman dorm who knows how to make a mean apple pie, or that he will sweep his future wife off her feet by preparing Julia Child's beef bourguignon—it will be our own version of The Princess and the Pea to see if she can appreciate the beauty of his cooking skills, but we will call it The Princess and the Beef instead.
Most importantly, I hope someday (when he is a famous chef at a Michelin star restaurant) he looks fondly on memories of cooking and baking with me in the kitchen, knowing it was the place where his love and knowledge of food was instilled. I know it sure is making my days and memories more sweet.
Sponsored by Women Fashion Trend 2020