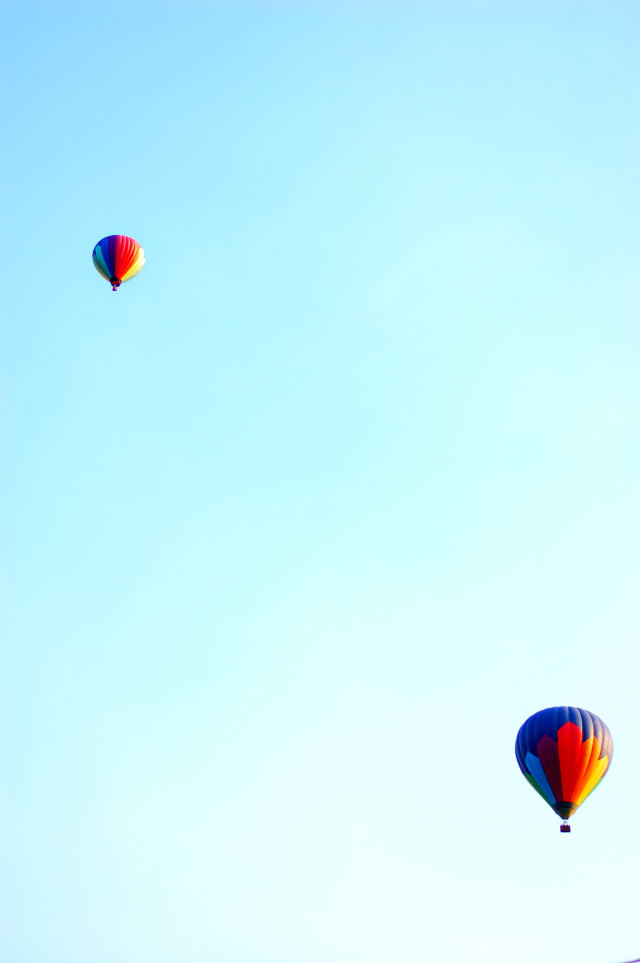 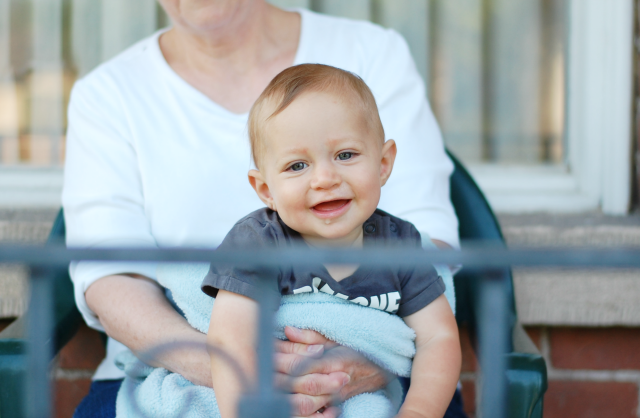 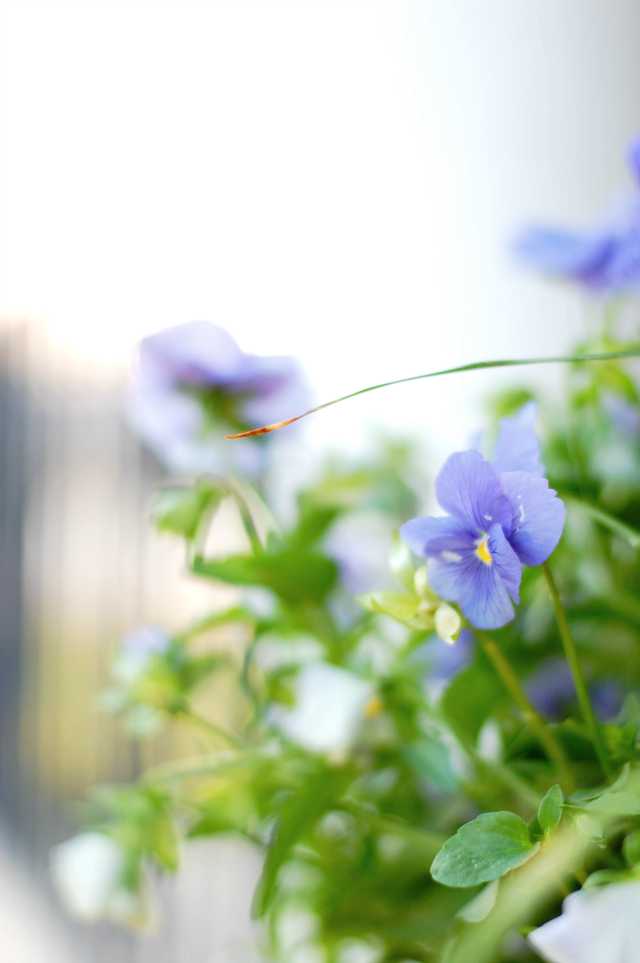 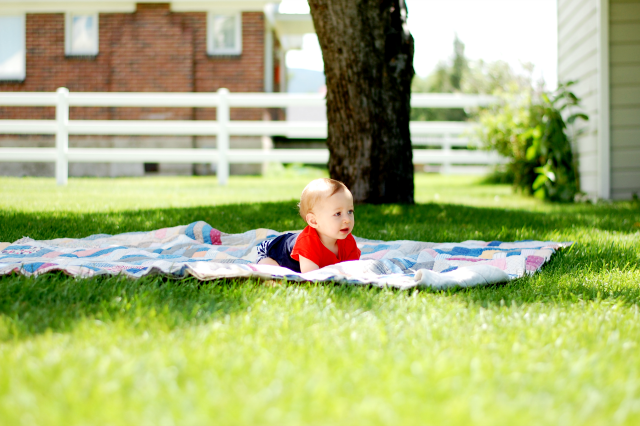 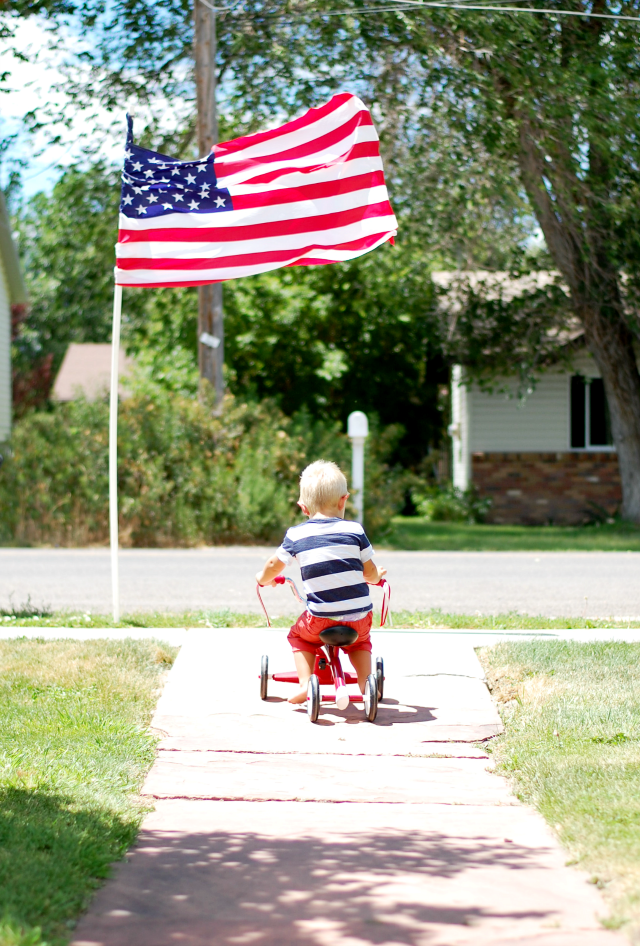 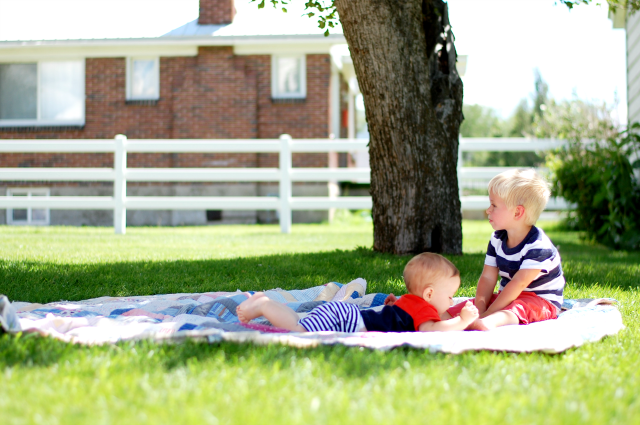 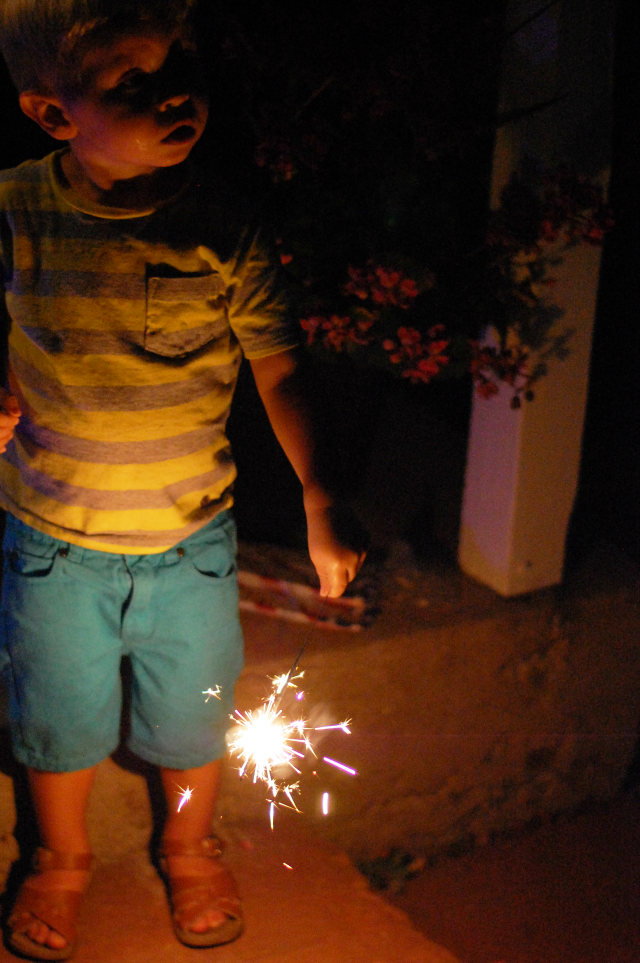 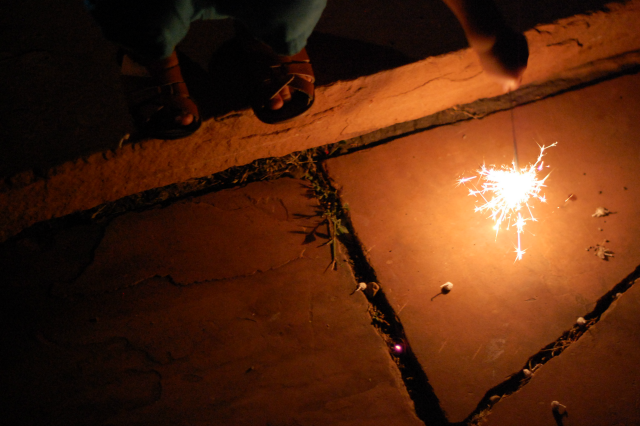 The mornings have been melting into carefree afternoons lounging in the orchards, followed by warm, summer nights. Hours have been spent viewing the world from an old brick porch, gazing up at a sky filled with colorful balloons on their own adventures, snacking on fresh peas and tomatoes in the garden, and riding up and down an old stone walkway, which holds hundreds of thousands of footsteps with their own paths and stories. And the light in a child's eyes waving their first sparkler? Priceless.