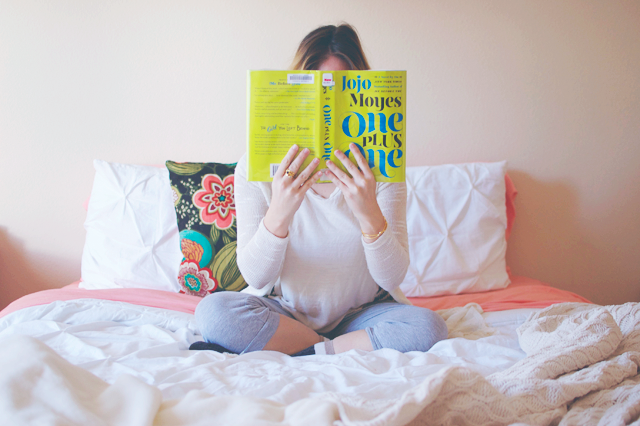 The January book club selection was One Plus On e by Jojo Moyes. I can't believe how quickly the month passed by! Now it is time to talk amongst ourselves. (Sorry, I couldn't help myself with that gif.)
Before I list the discussion questions, I want to give my opinions about the book.
Overall, I thought the book was okay. On a scale of five stars, I would give it a three. I liked how relatable and real all of the characters were. Their quirks were funny, and their struggles made me empathetic. I am not sure how much I liked the relationship between Ed and Jess (or how much I really even liked Ed), or how Jess handled certain issues. But I guess she was just doing her best, right? I am not a single mother, and I can only imagine how terrifying and horrendously stressful it would be to solely provide the financial, emotional, and physical well-being for two children and myself.
Now, let's get to the discussion questions. I have included some that were provided by the publisher, and some of my own thoughts and questions as well. To discuss, include the number of the question to which you are discussing in your comments below. Thanks for joining in my book club with me!
Oh, and one more thing before we sound off! The book club selection for February is The Paris Wife by Paula McLain. I've been itching to read this one for awhile, and think it is going to be just wonderful. I apologize for not posting it a few weeks ago so it would give you a good six weeks to read it, but I will be sure to do that from now on! We will discuss The Paris Wife on Wednesday, March 4. Also, please leave any books you think would be fun to read for this book club in the comments and I will be sure to go through all of them and add them to my ginormous list. 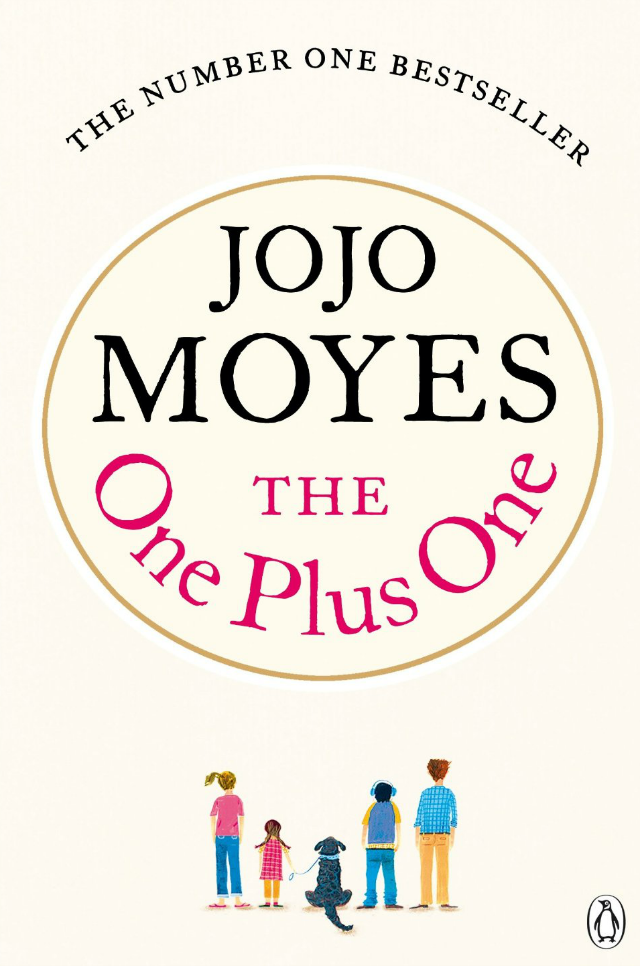 1. What are your overall thoughts about this book?
2. Even though Marty himself is reluctant, Jess opens her home to Nicky, Marty’s son by "a woman he’d dated briefly in his teens" (p. 9), after his birth mother essentially abandons him. If you were Jess, would you be willing to raise Nicky as your own child? Also, do you think she is less strict with him because he isn't her biological child? (Smoking marijuana, gaming all day, etc.)
3. Dishonesty and trust are major themes in the book. From Jess buying stolen items from Aileen Trent, to Marty lying about his whereabouts, it comes up a lot. One of the major acts of dishonesty is when Jess takes the money that Ed drunkenly drops in the taxi and decides to use it to pay Tanzie’s registration fees. Would she have made that choice if he hadn’t behaved rudely to her while she was cleaning his house? Does his treatment of her excuse her decision?
4. Is it more difficult for the poor to lead law-abiding lives? To what extent is morality a matter of character or circumstance?
5. Ed helps Nicky get revenge on Jason Fisher by showing him how to hack Jason’s Facebook page. Since Jason intimidated the witnesses to Nicky’s beating into not speaking out against him, is it a justifiable retaliation?
6. At what point in their journey does Ed begin to think less about himself and more about helping Tanzie and her family?
7. Does Ed’s ignorance mitigate the seriousness of his crime? Should he have spent time in prison, or do you feel he was given a fair sentence?
8. What was your reaction when you found out Marty had been living with a new girlfriend and her family, being completely financially supported, while he left his own children and Tess to struggle?
9. Jess’s mother "had been right about many things" (p. 166), but she never made her daughter feel loved. As a result, Jess makes it her priority as a mother to make Tanzie and Nicky feel loved. What is something that your parents did right? What is something they did wrong that you hope to rectify if you are or plan to become a parent yourself?
10. Do you support Jess’s decision to go into debt to pay for Norman’s hospital bills rather than put him to sleep?
11. Did Ed’s financial success go to his head, or was he self-centered before he was rich? What did he have to learn about himself in order to forgive Jess?