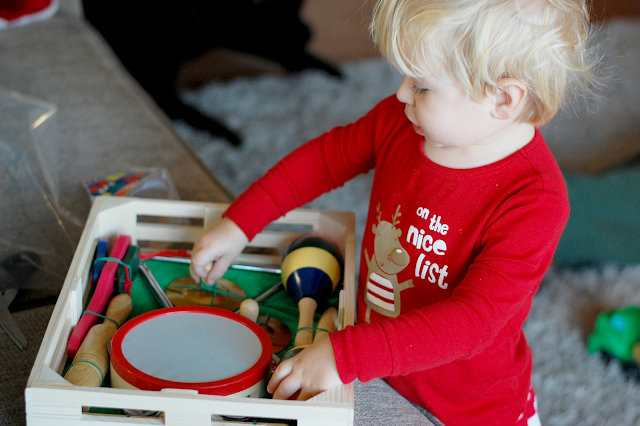 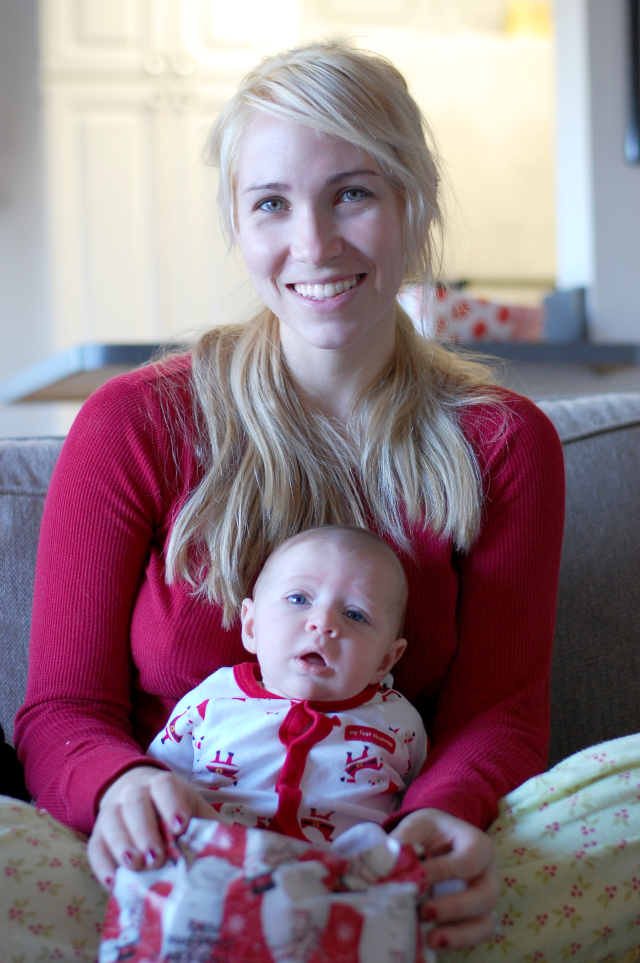 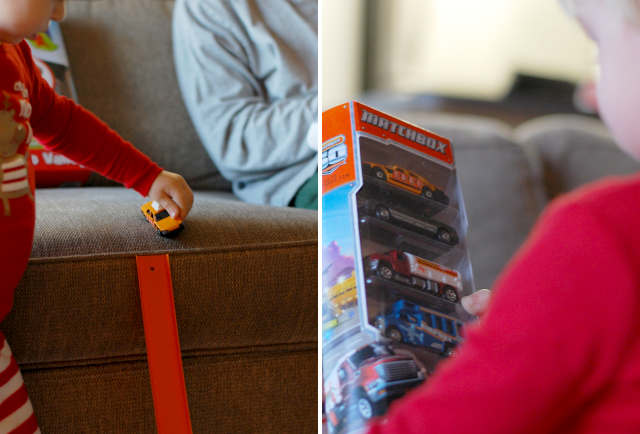 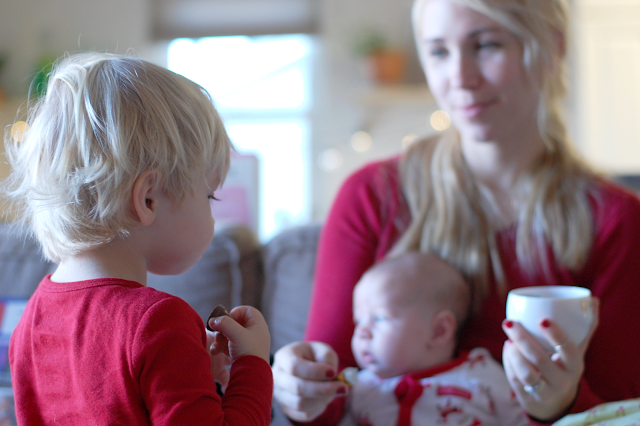 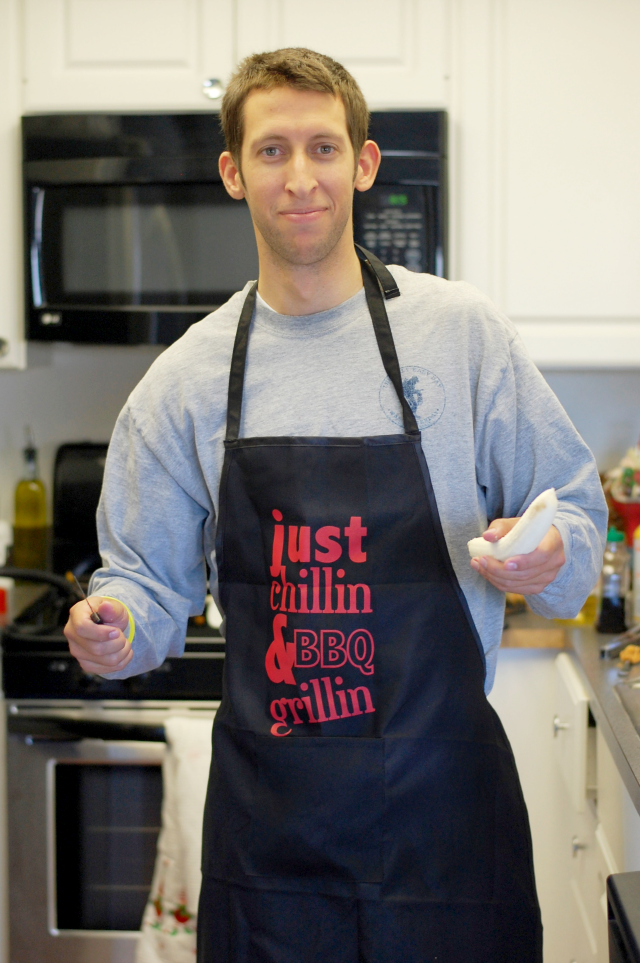 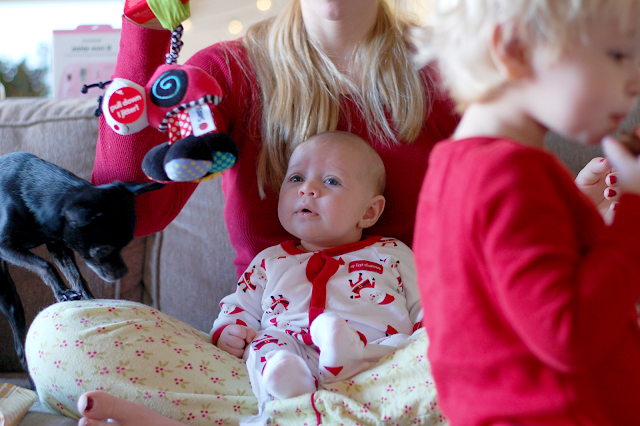 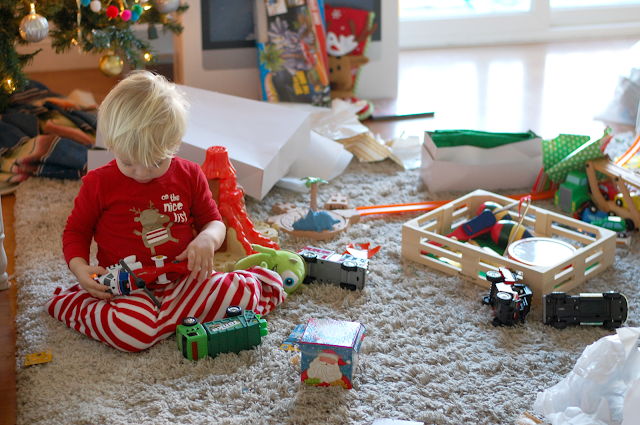 Now that Christmas is over, Luke consistently asks to read all of his books about Santa before he goes down for the night. I think it's safe to say he likes the guy. I mean, look at all those goods he scored!
We loved watching him open all of his gifts, which clearly consisted of cars, trucks, more cars and trucks, and a couple of dinosaurs thrown in the mix. And let's not forget his band set! I've always had this pipe dream of starting a band in my garage and am hoping to instill the love of music in Luke and Wes. We even attempted our own version of "Bohemian Rhapsody" -- Luke was on the tambourine and tone block, Matt clanged the cymbals, and I mixed it up with vocals, the triangle and the maracas. Nothing short of greatness, I tell you. Wish you could've been there.
Baby Wes just did his 2 month old (can't believe he is already that old!) doe-eyed act and happily sat in our laps, getting more chins by the minute.
Last but not least, Matt cooked up our traditional Christmas morning breakfast. It is one of my favorite meals of the entire year. Bacon, sausage, french toast, hash browns, chorizo and egg burritos. Let's not forget the orange juice, chocolate milk, sparkling cider and egg nog to wash it down. Gluttony at its finest, and it tasted so good.
Christmas 2013 in general was so good so great (aside from Matt getting a stomach bug later that night, but at least it struck in the evening... positive thinking over here!)!
Hope you all had as wonderful of a Christmas as we did, and even more, I hope you enjoy the rest of this year in the company of the ones you love, holding on to the magic of this season for the year to come!
Sponsored by Women Fashion Trend 2020