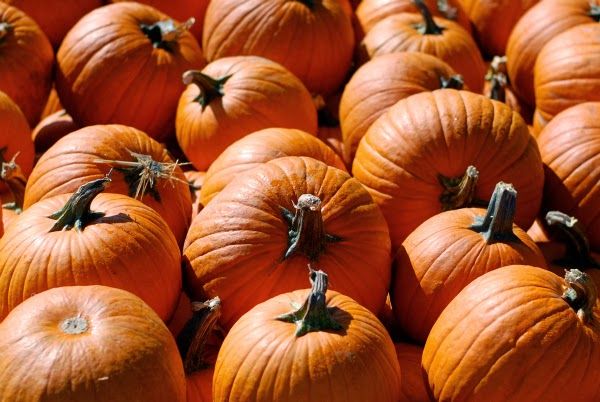 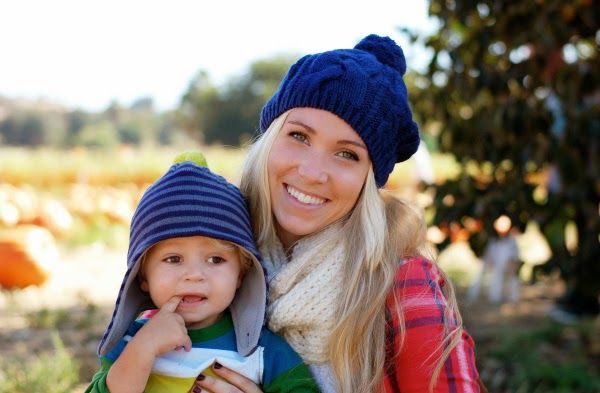 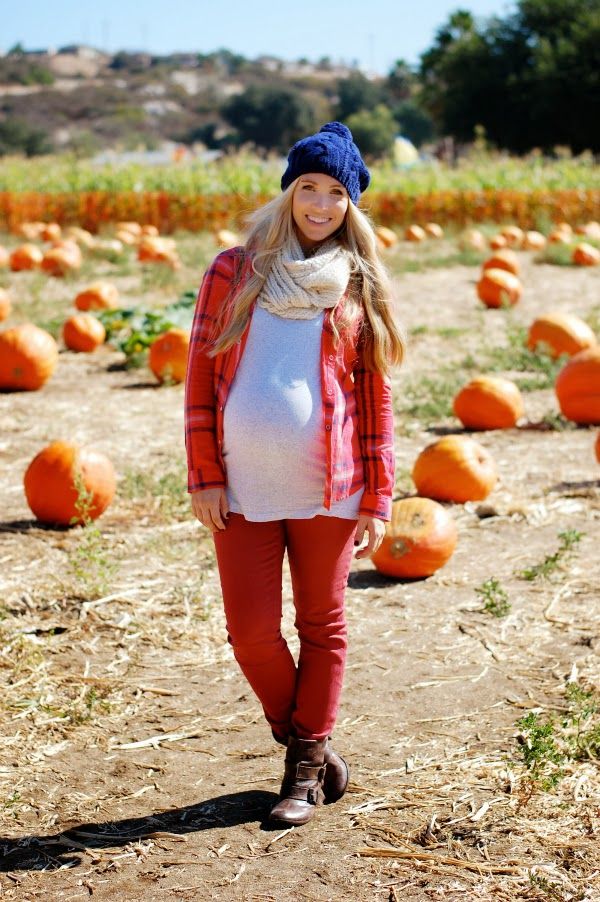 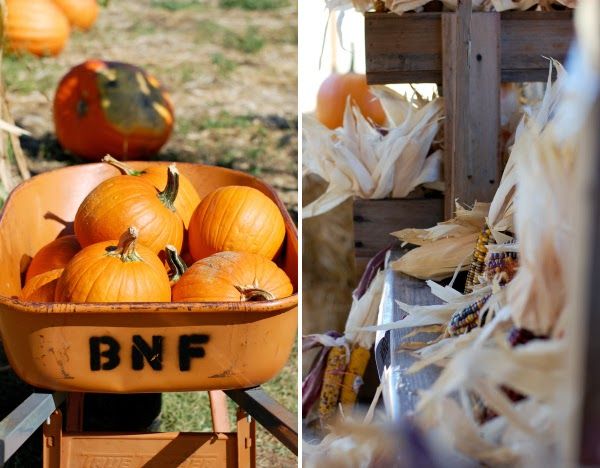 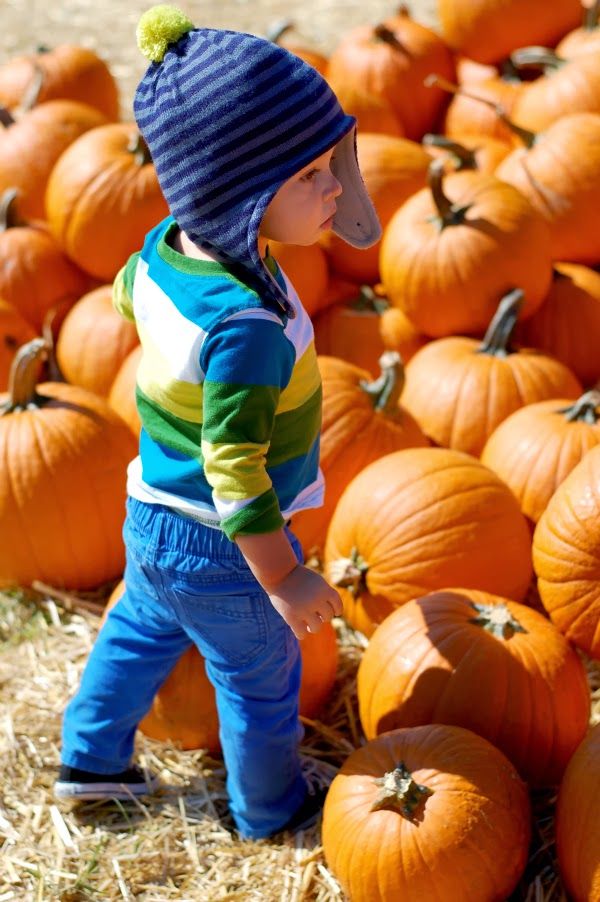 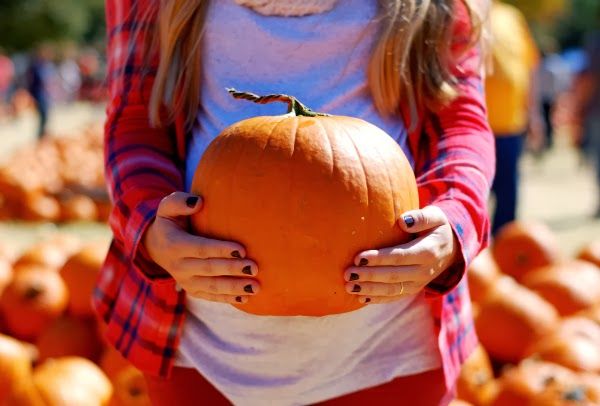 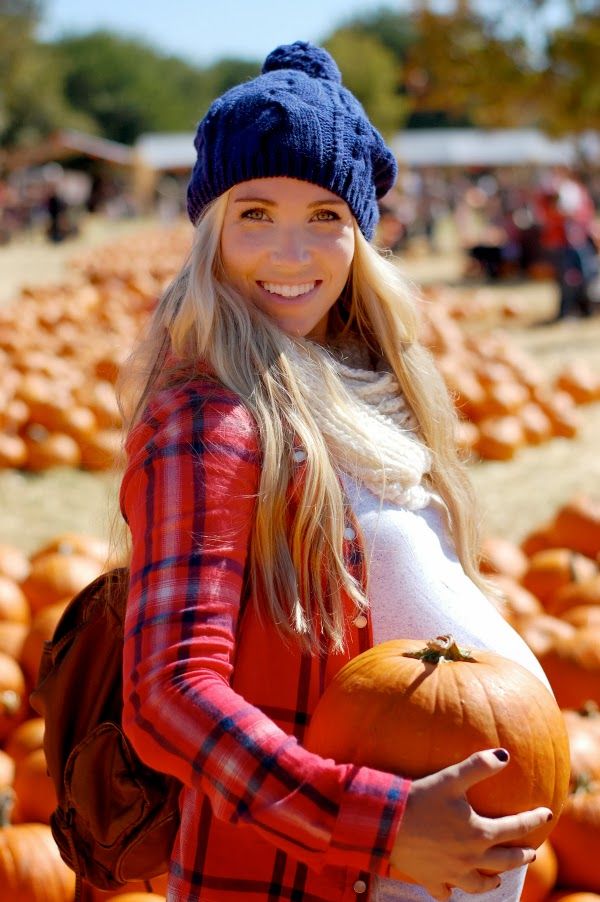 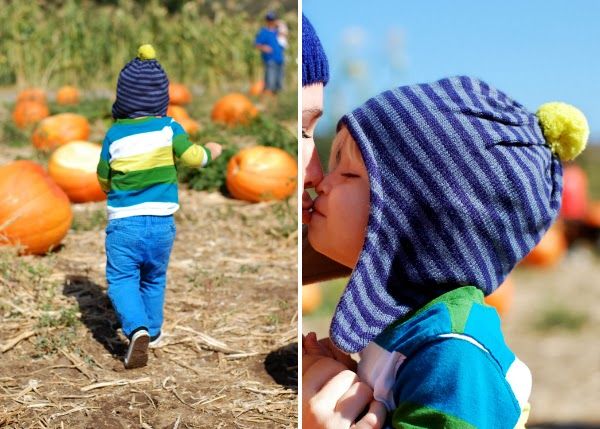 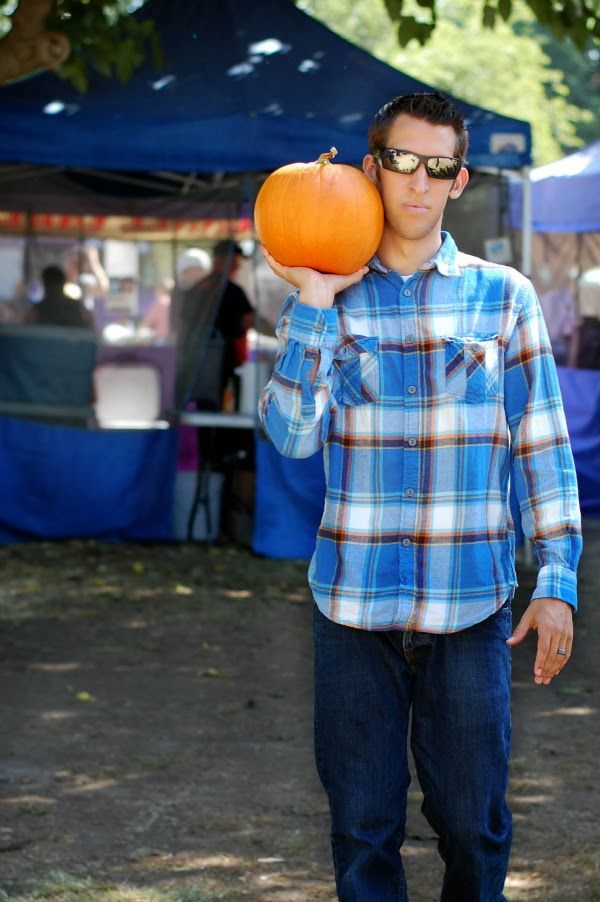 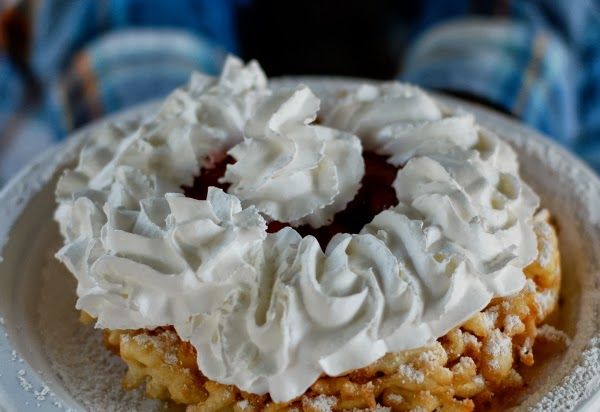 || Abbey || Flannel: Target. Tee: Target. Pants: LOFT. Beanie: c/o Boden. Scarf: c/o Hearts. Boots: MIA. Nail Color: Essie, Sole Mate. || Luke || Shirt: Old Navy. Pants: Baby Gap. Beanie: c/o Mini Boden. Shoes: Converse.
Along with the rest of the world this last weekend, a-pumpkin patching we went to the famous Bates Nut Farm!
It was exceptionally more eventful this time around compared to our pumpkin patch trip last year (which are still some of my most very favorite pictures!). Luke personally greeted each of the large pumpkins with a nice, big slap and spent the majority of his time either a) attempting to climb on them or b) eat the remnants of the rotting ones. Boys... At least he let me sneak in some kisses. I just adore how he closes his eyes and puckers up. True to textbook fairy tale kissing form, because he is a little prince after all!
Later,  in-between nearly getting ourselves run over by the hay ride tractor because Luke is absolutely captivated by anything that roars and hums with an engine, we found ourselves the perfect pumpkin. Matt decided it was my spirit pumpkin, if you will -- "round in all the right places and a little quirky." Thanks, Matt! ;)
And to end the day off right, we all split a funnel cake slathered with the gooey good stuff. Can you believe it was the first funnel cake for all 3 of us? I know, it's seems practically impossible considering the absurd amount of sweets we consume on the daily. We give the funnel cake two enthusiastic thumbs up!
Sponsored by Women Fashion Trend 2020