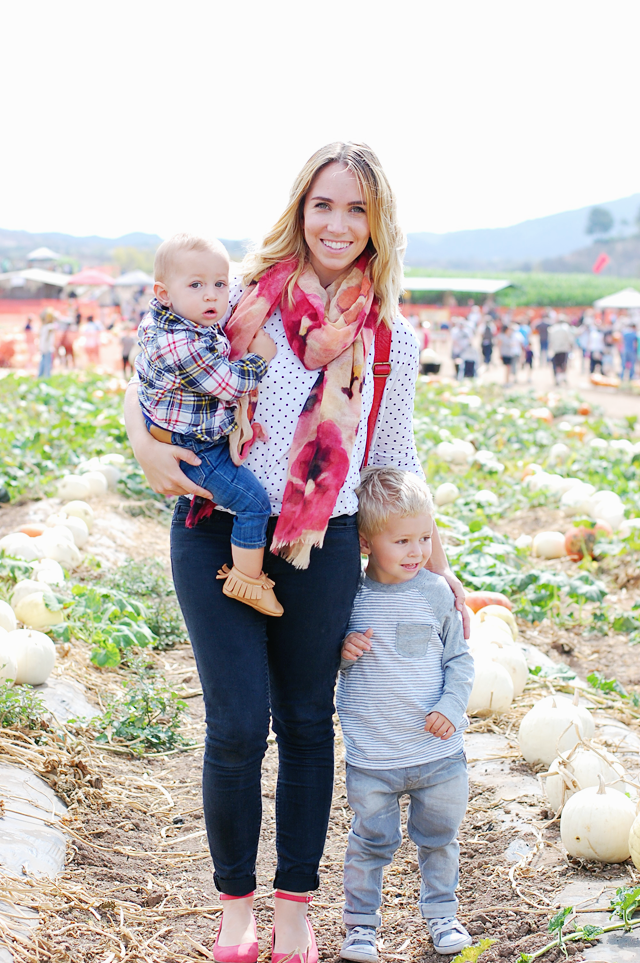 Last weekend my boys showed me to a rip-roaring time on our trip to the pumpkin patch at Tanaka Farms. It was a bit of a sweaty one since California still thinks it is summer, but I am choosing to ignore that small fact and am willing it to get colder by layering on the scarves and beanies.
Also, last year at the pumpkin patch, I was just days away from having Wes! It's fun to compare the pictures to see how much things have changed. 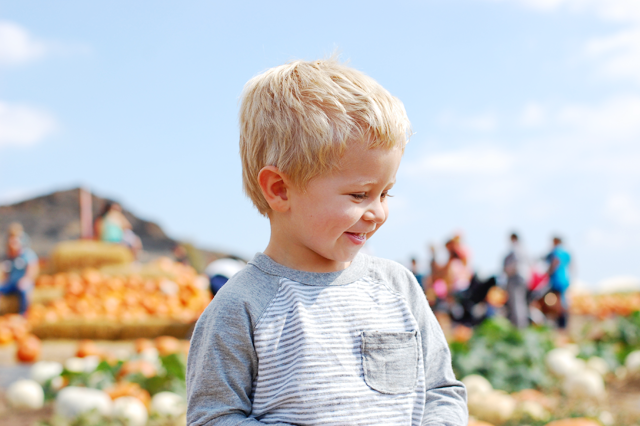 This is the look of a major crush. Like, MAJOR. Our friends came down for the weekend and we continued to encourage the arranged marriage thing between Luke and Brooklyn. (Their new baby girl isn't pictured, but she and Wes are betrothed as well.) 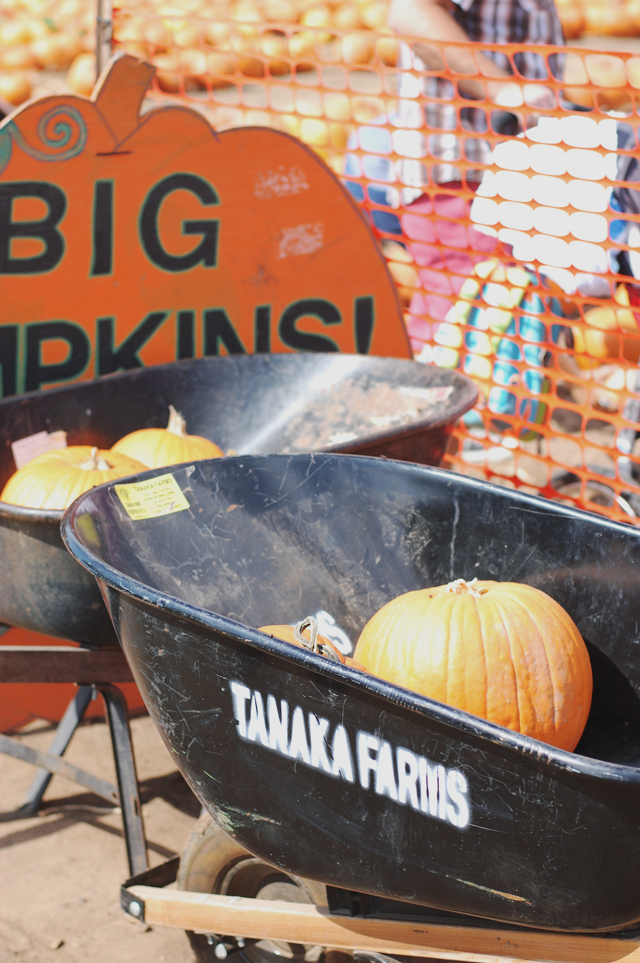 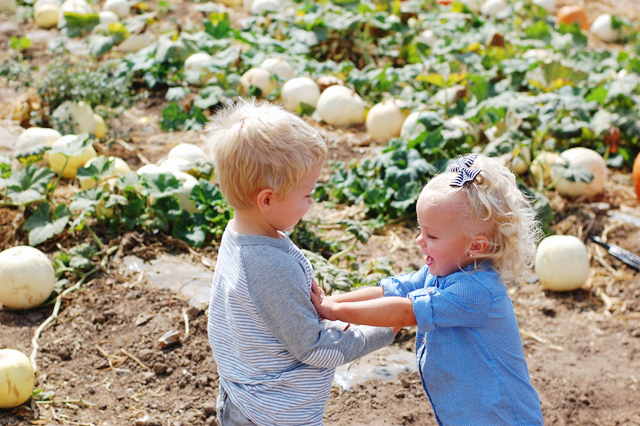 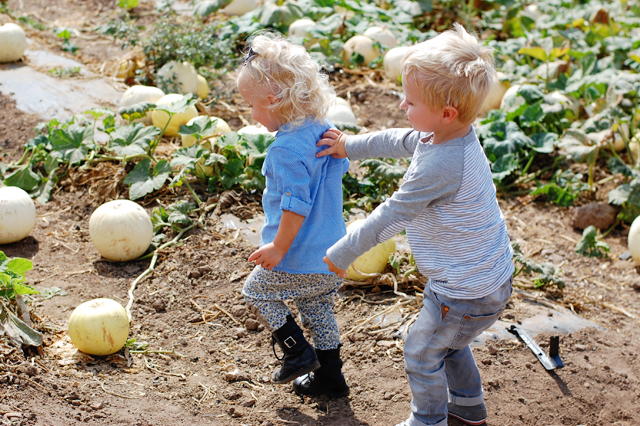 I think it's working, don't you? Playing tag and shoving each other around is the universal playground love language. I remember getting kicked in the shins to the point of being intensely bruised by a boy who proclaimed to love me. I do not miss second grade, in case you were wondering. 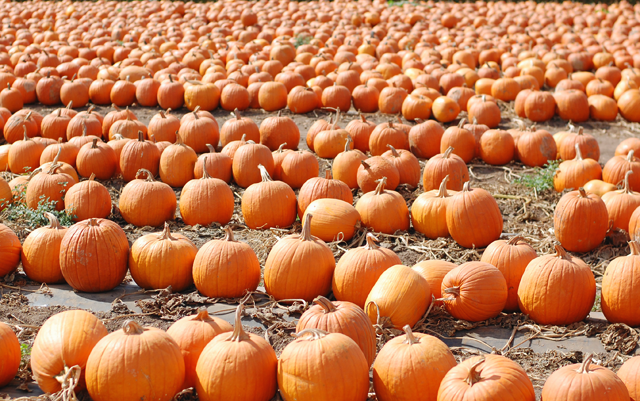 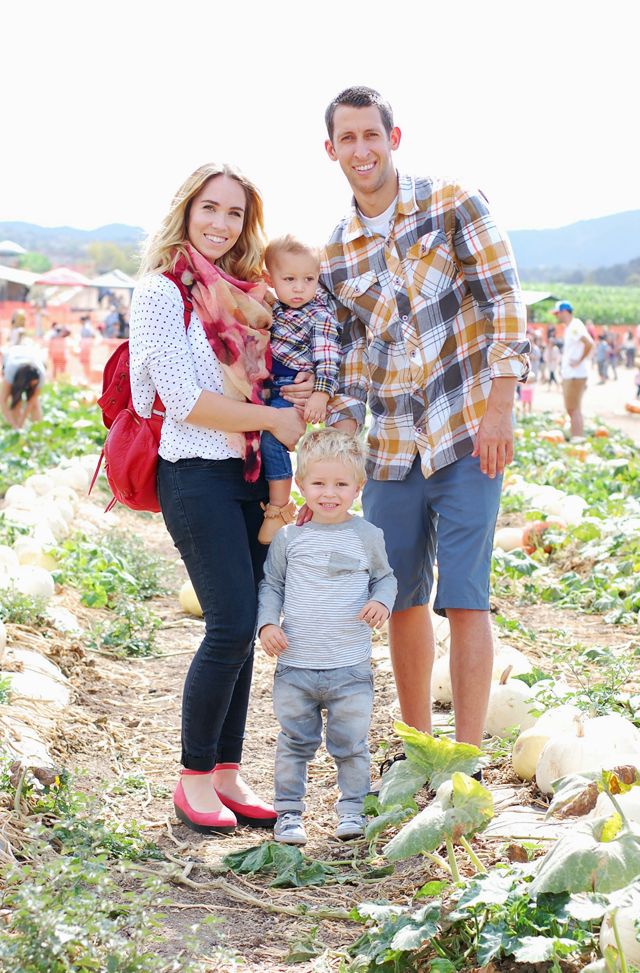 Look! A complete family photo! It's practically a thing of legend, because I refuse to be the tweeb with the tripod. 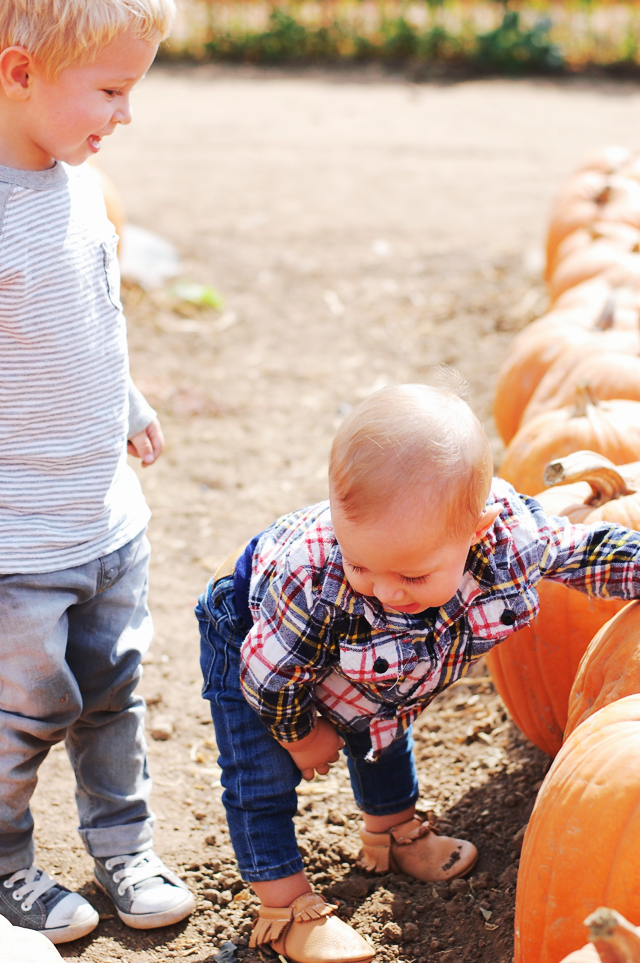 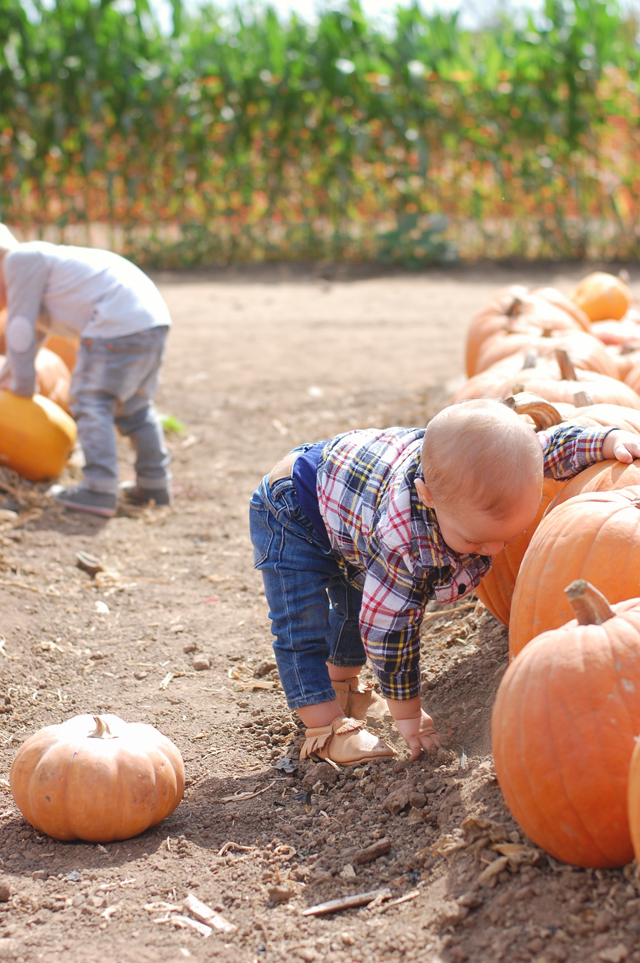 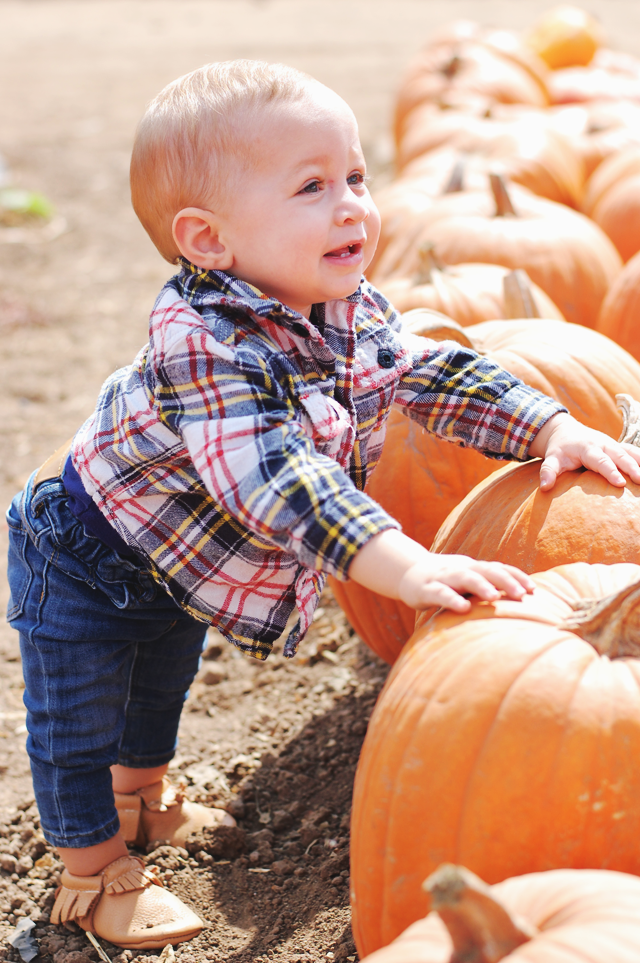 So, Luke insisted on carrying around this squidgy, little pumpkin with him throughout the entire patch. It was entertaining to watch him haul it to and fro, while Wes thoroughly impressed himself with his own abilities to stand along the pumpkins. 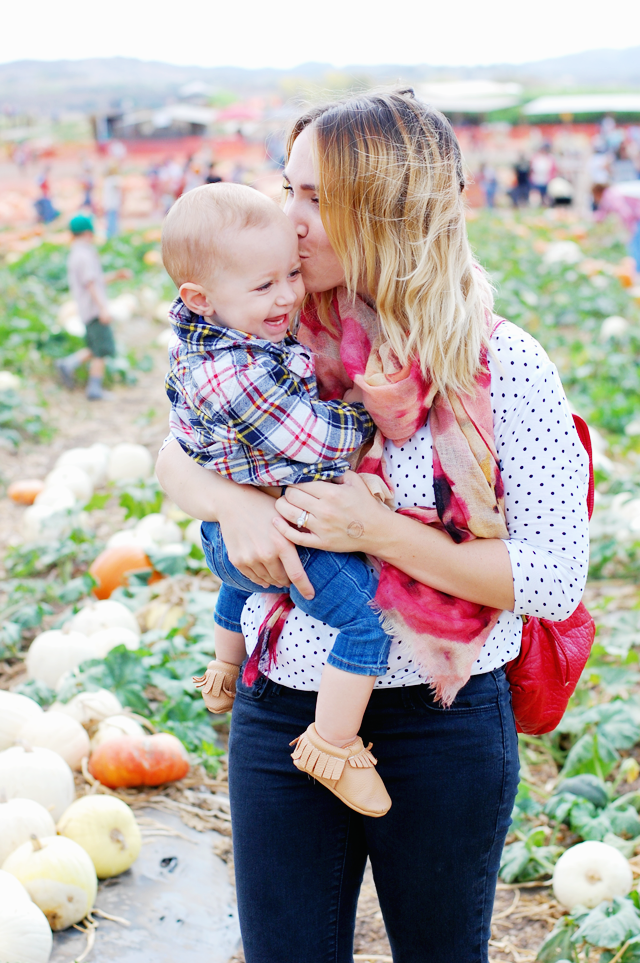 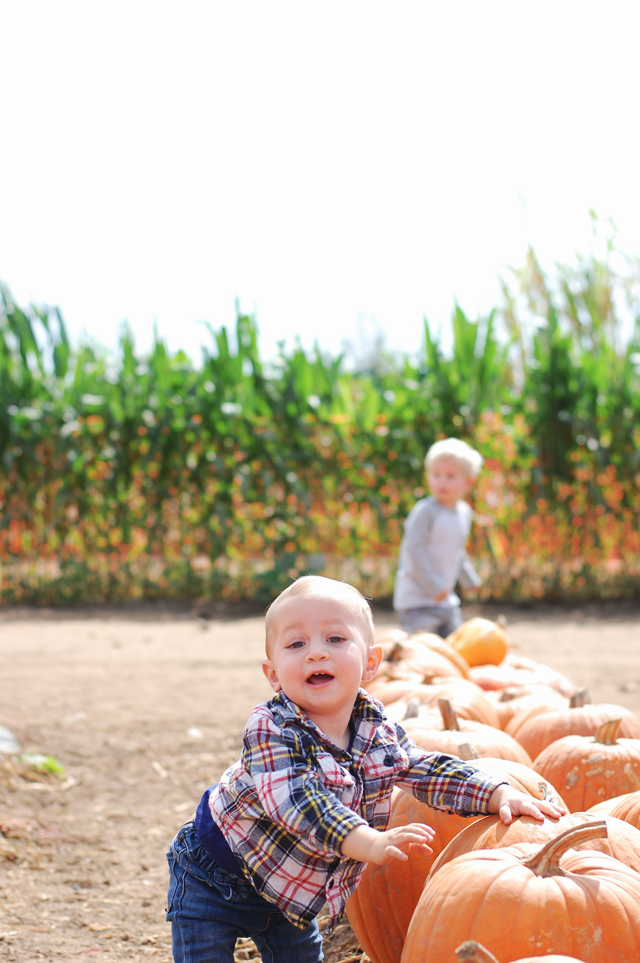 Pre-dirt eating. One minute after this he had a fistful of dirt in his mouth. I think eating dirt is hereditary. It was my main food group as a child. That, or we are both iron deficient. 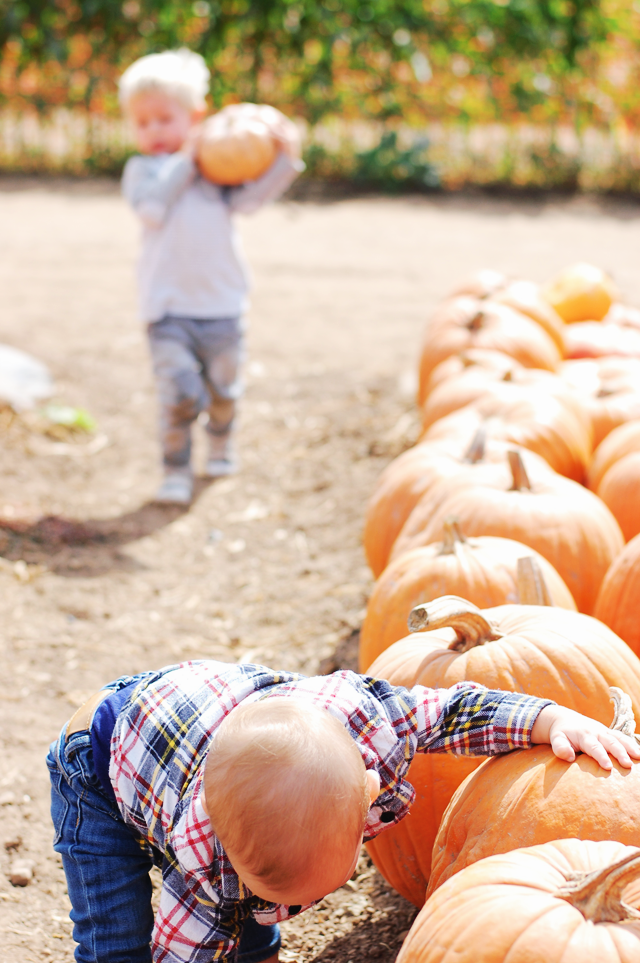 You see Luke busy at work with that pumpkin? The funny thing is, when we went to leave and purchase our pumpkins, we asked Luke, "Do you want to get that pumpkin?"
He replied with a stern, "NO!" and chucked it like he was competing in the the shot put. (Also, all of our pumpkins stems have already had to be hot glued back on. Please tell me I am not the only one with wounded pumpkins.)
That settled that. 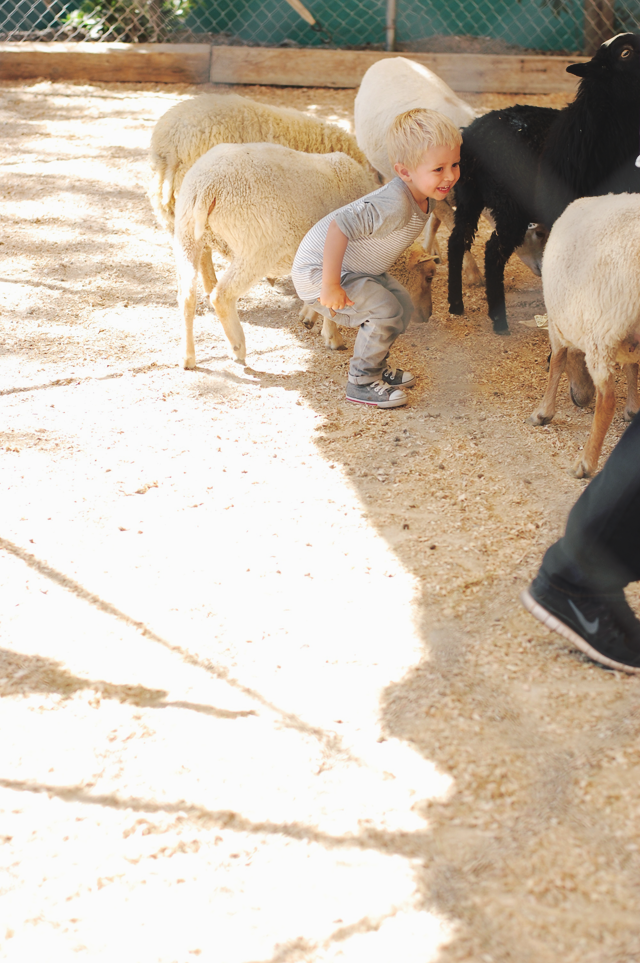 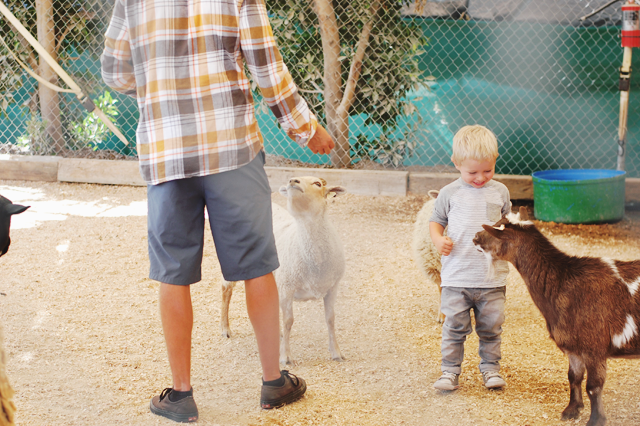 Besides, we had some goats to feed! I thought I'd be one of those cool, nice moms and buy the petting zoo food which costs $20 per pellet. Seriously, they make all of their money from that poop pen. We are still cleaning out the poo from our shoes. But then again, who am I kidding? My life consists of being surrounded by poo with two boys in diapers, a husband, and a blind dog. It's my lot in life. 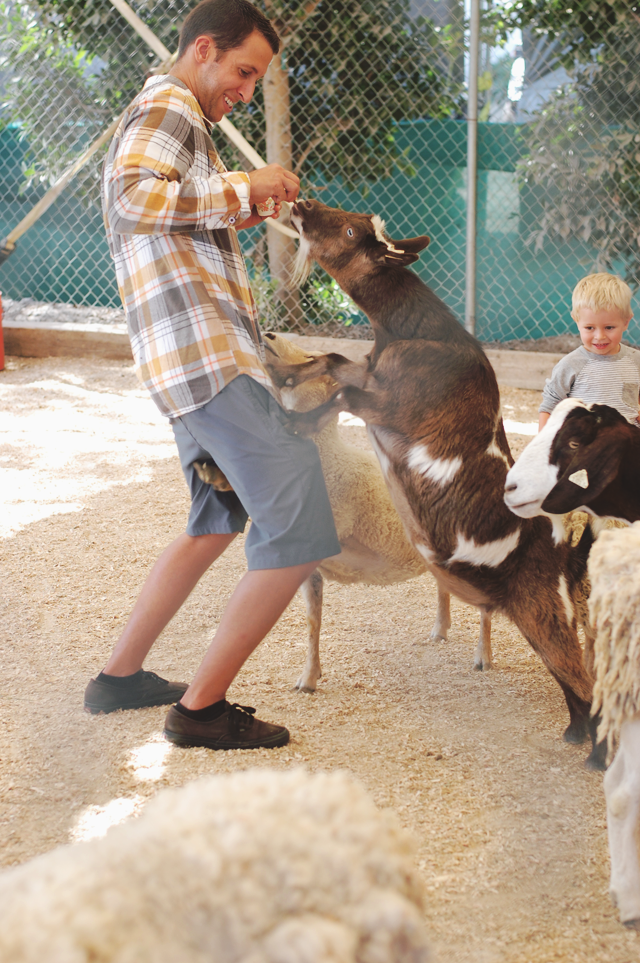 Matt made a new friend. Wait a second... I just now saw that that sheep was getting fresh with him! Geez, Louise! Those flea bags will do anything to get their share, apparently. It's probably because they realize how friggin' expensive the food is. Every bite counts! 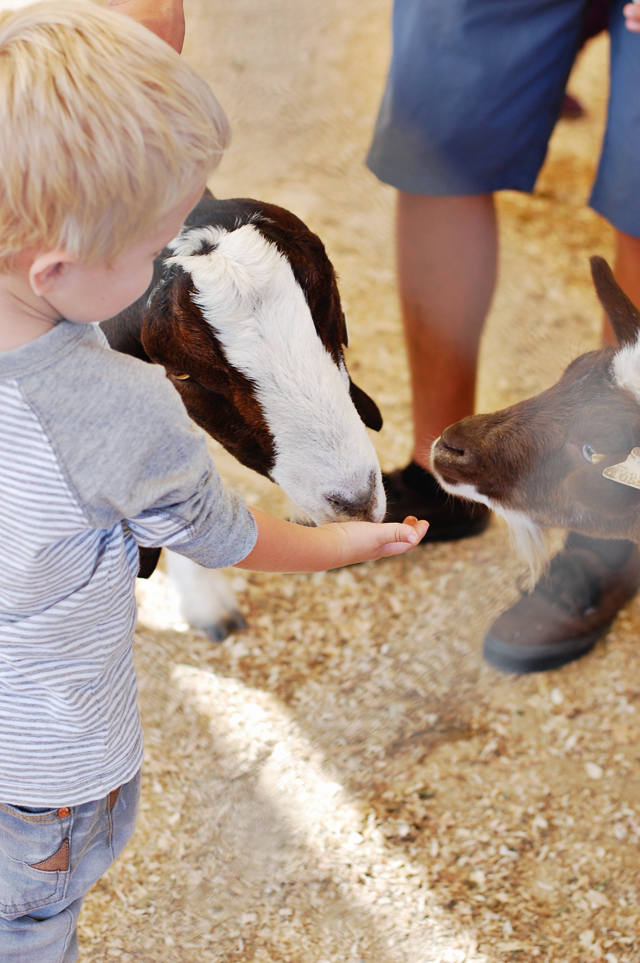 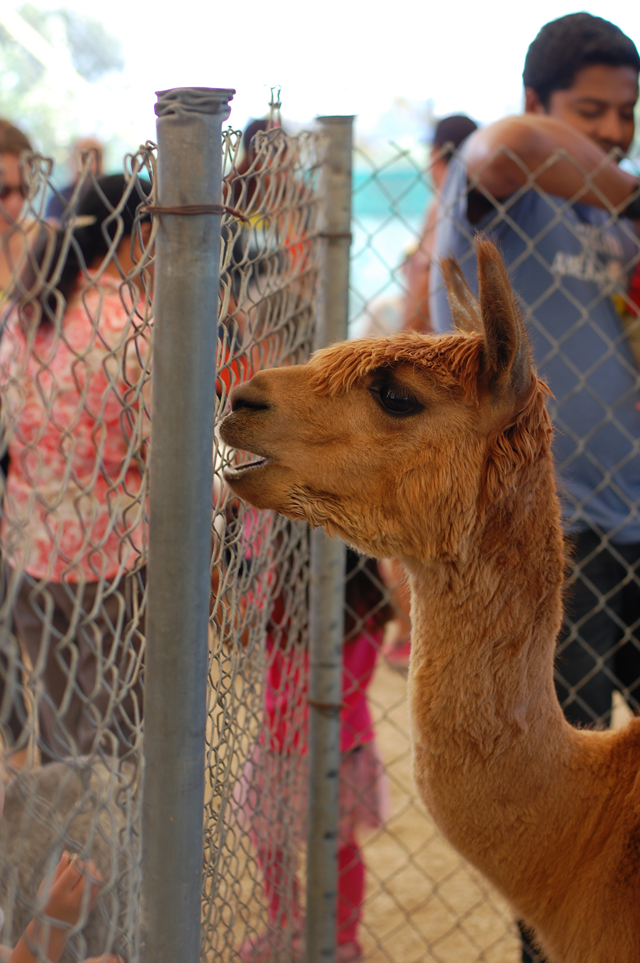 Bidding adieu with the cutest alpaca I've ever seen. He was short and fluffy and had these huge saucer eyes that were asking for a big ole' hug. I need a stuffed animal version of him.
Sponsored by Women Fashion Trend 2020