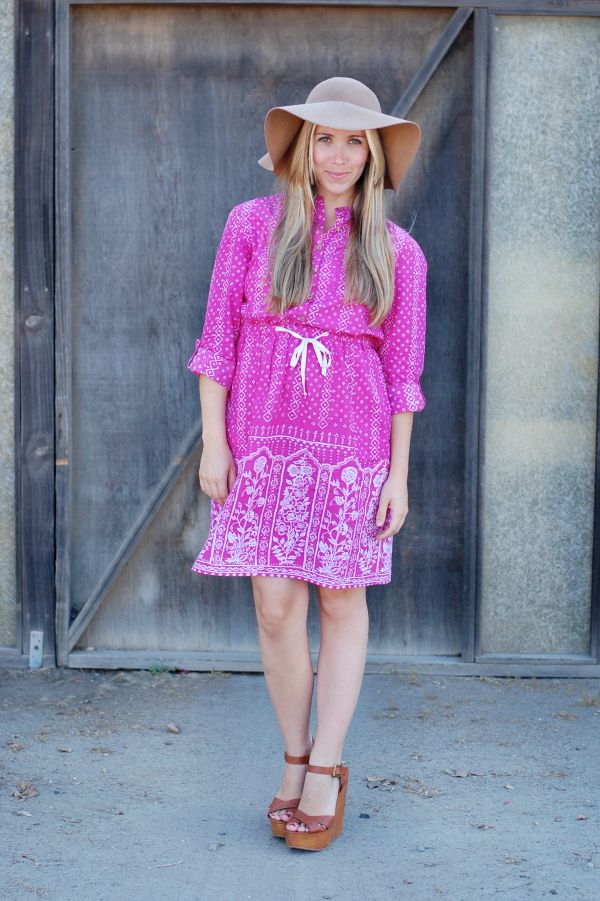 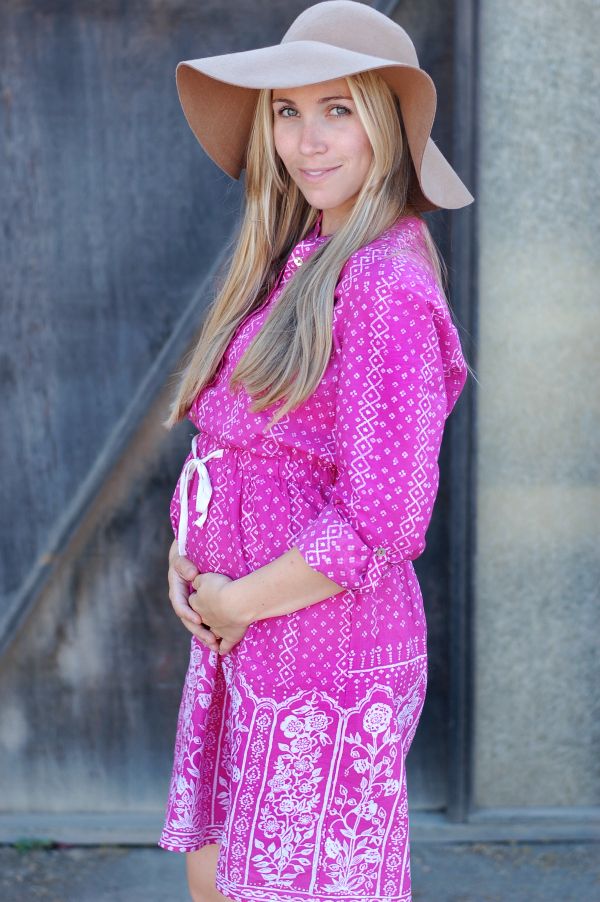 Dress: Anthropologie Wedges: ShoeDazzle. Hat: Madewell
1) Debating as to whether we should cut Luke's hair or let those locks grow and run free like he does. The only problem with letting it grow is that people always mistake him for a girl. How, I still can't seem to figure that one out, considering he wears boy clothes. I don't even dress him in that trendy, unisex, hipster crap (those leggings were a phase that I am officially OVER). He is just a well-styled little chap, and apparently he just keeps on getting prettier ;)
2) Fact: Lina Medina was the youngest person to ever give birth. She was only 5 years old. She gave birth to a boy on May 14, 1939 ( source). Apparently she started having periods as an infant. This is one of those stories that is horribly disturbing and disgusting and makes me want to cry, but also fascinating from a medical standpoint that she gave birth to a healthy boy and maintained good health herself (physically, that is).
3) Matt is leaving for a business trip for 2 days and I am super bummed. I am a total pansy and hate sleeping by myself because I am a 25 year-old woman that is still afraid of the dark (it's my overactive imagination that gets the best of me).
4) Is anyone else concerned and puzzled that Brody Jenner still has Avril Lavigne's name tattooed on his arm? Like I already mentioned on Twitter, I am overjoyed that the Brodester couldn't say no to sound of reality TV calling his name and beckoning him and that ghastly tattoo to appear on the mother ship of all terribly addicting reality shows... (which is Keeping Up With the Kardashians if you don't melt your brain away with that rubbish like I do). But seriously, dude. Get rid of that tattoo already!
5) Would you rather have no teeth or no hands (no replacements allowed)?
Sponsored by Women Fashion Trend 2020